The Secrets Are About To Be Revealed in This EXCLUSIVE and Much Anticipated Book...

Why is the SPEED DEMON So Damned FAST? 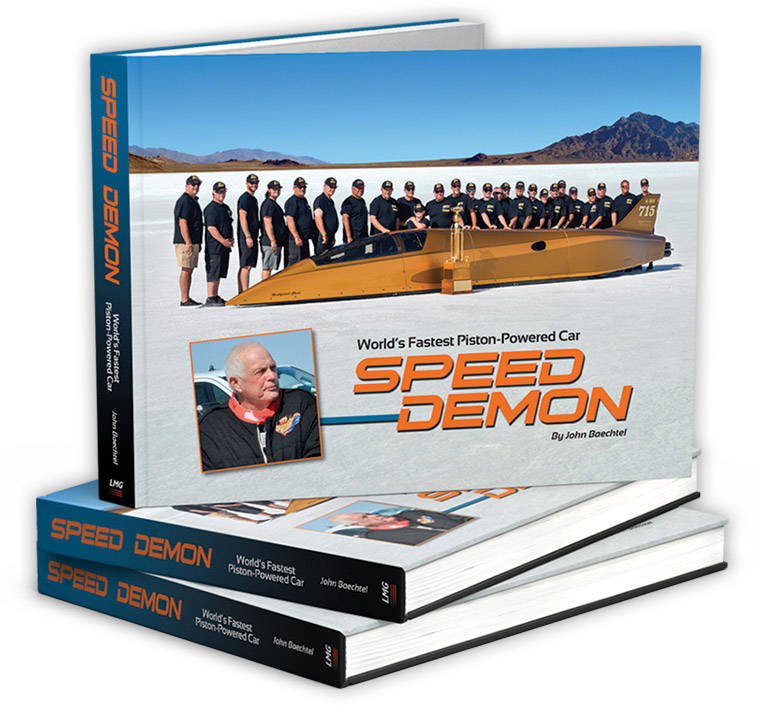 It includes full coverage of the Speed Demon's extraordinary history and performance record, the unfortunate crash and subsequent construction of the all new Speed Demon II. The new car build is covered in exacting photographic detail so readers can see and understand every component of this amazing landspeed racing car.

George Poteet's awesome Speed Demon has captured the attention of the world wide racing community with it's clockwork ability to tear off repeated 400 mph blasts at the Bonneville Salt Flats. When an unfortunate incident caused the car to crash in 2014, an opportunity to build an even better and faster Speed Demon presented itself. See the complete history of the Speed Demon and the detailed buildup of the new car all in full color here.

Take a full color deep dive into the inner workings of the Speed Demon.

It only has one engine, but it’s currently a turbocharged big block Chevy beast. Learn its secrets and why it began as a small block engine. It’s rear-wheel drive in an all-wheel-drive environment. It’s driven by a self-made, nerves-of-steel southern gentleman who places all his faith in crew chief Steve Watt, his engine builder, Kenny Duttweiler, and the extraordinarily talented build crew at Maxwell Industries — the Men in Black.

After a walk-away crash in 2014, an all-new leaner, meaner Speed Demon was constructed at Maxwell. Records continued to fall, culminating in a new 470 mph record and a staggering 481 mph exit speed in 2020. This is story of perhaps the most successful land speed car ever and why it’s so damned fast. 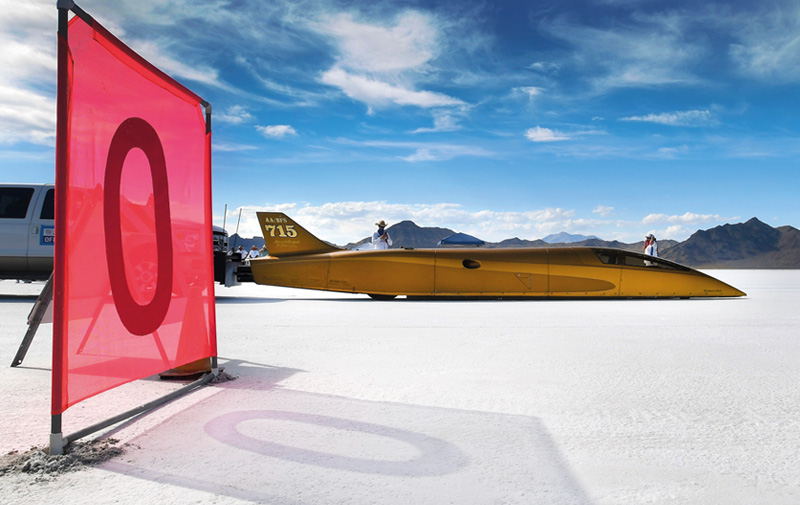 More 400 MPH+ Runs & Records than Everyone Else COMBINED! 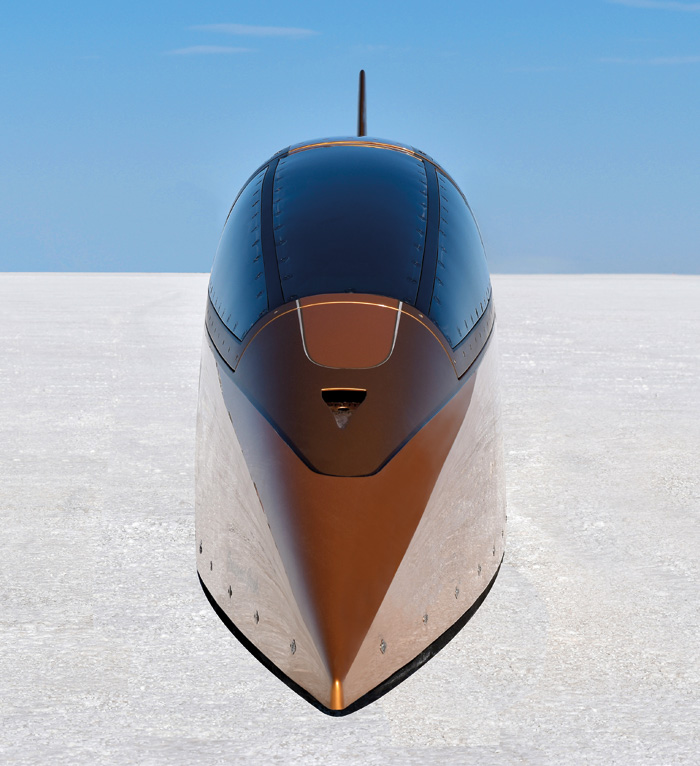 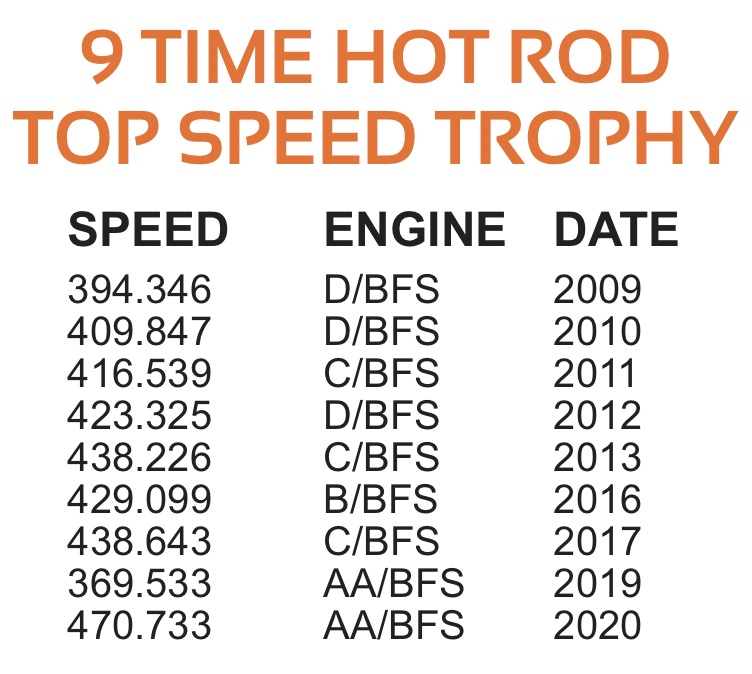 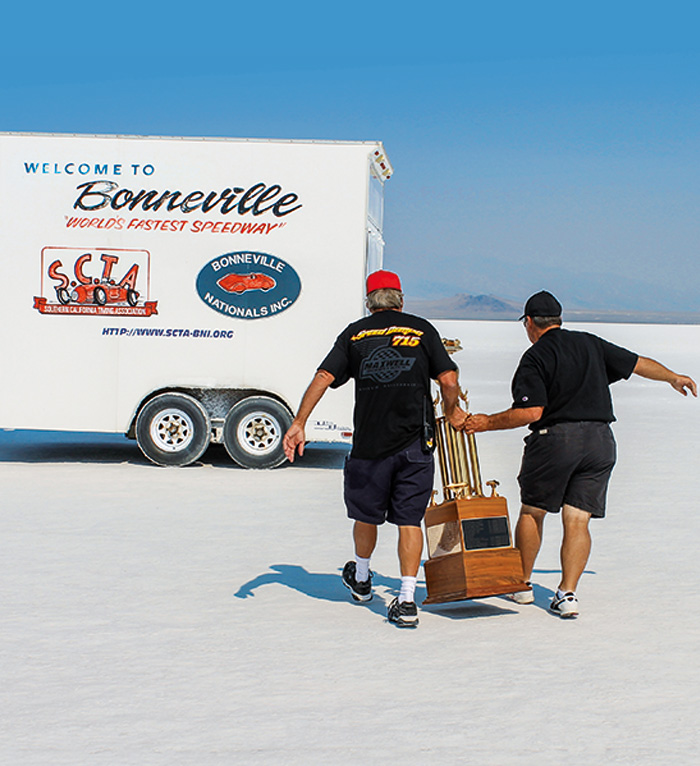 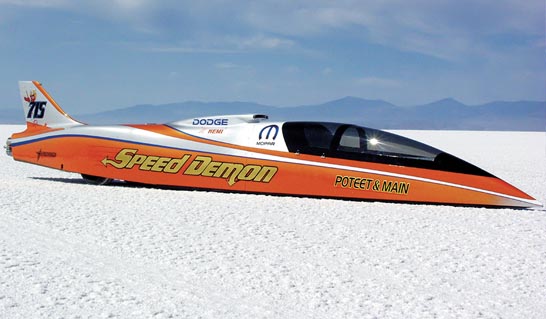 THE ORIGINAL SPEED DEMON
The original Speed Demon established itself as the fastest car at Bonneville and the only car that consistently demonstrated the potential to advance the wheel-driven land speed record. It has run a mile average over 457 mph with an exit speed of over 462 mph in the fifth mile. It is one of the most successful landspeed cars ever. 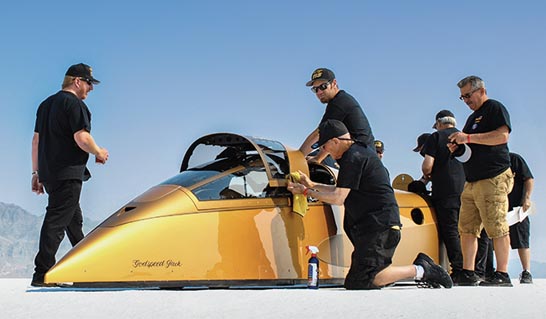 THE SPEED DEMON RACING TEAM
The Speed Demon Racing Team is comprised of extraordinarily talented individuals whose build talent and precision teamwork caused one writer to dub them the "Men in Black." Their expertise and George's fearless driving has allowed them to win the coveted Hot Rod Magazine Top Speed trophy nine times. 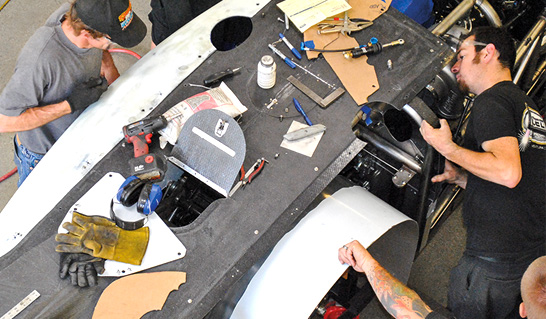 THE NEW SPEED DEMON
In 2014 George purchased the entire Speed Demon operation from partner Ron Main. In early 2015 he commissioned Maxwell Industries to construct an all new Speed Demon at their Ventura, California facility. The Men in Black sprang into action fashioning an even sleeker, meaner machine to carry on the Demon's legacy. The complete build is detailed here from the very first piece of tubing. 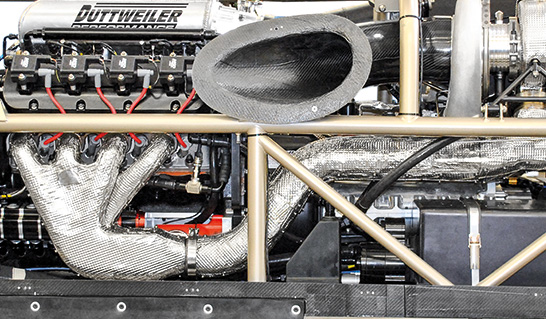 INSIDE THE SPEED DEMON ENGINES
All of the Speed Demon's turbocharged engines are built by turbocharging guru Kenny Duttweiler. They include four different variations of Chevrolet small block V8s, one larger Chevrolet LS based engine and a monster big block. Every feature of each engine build is shown in exacting detail with full specs and all the tricks. 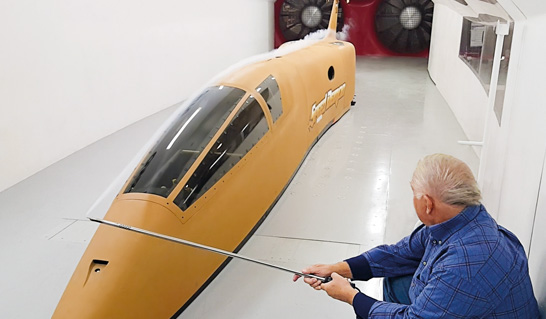 COMPLETE AERODYNAMIC ANALYSIS
The Speed Demon shape was painstakingly refined by a PhD Formula 1 aerodynamicist and the work was verified in wind tunnel testing. Removal of the original scoop in favor of side air inlets proved a valuable step. The aerodynamics chapter includes his complete analysis and design recommendations along with all the wind tunnel data and modifications it predicted. 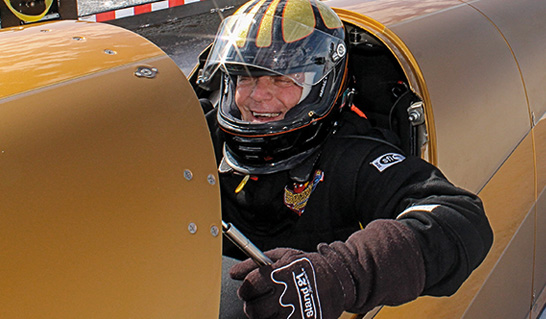 DRIVER GEORGE POTEET
George Poteet has driven the Speed Demon since 2007 and for all of it's runs over 400 mph. He has more 400 mph-plus runs than everyone else combined. This extraordinary achievement has made him the Speed King of Bonneville although you would never suspect it given his humble demeanor and generous nature. 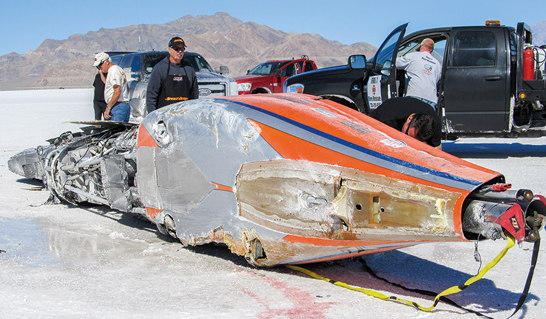 THE 2014 CRASH
At Cook's 2014 Bonneville Shootout, the Speed Demon was on a hellacious tear when a loss of traction and a excessive yaw condition caused it to roll multiple times and depart the track approaching 380 mph at the 2 1/2 mile marker. Poteet walked away, but the Speed Demon was too damaged to ever race again 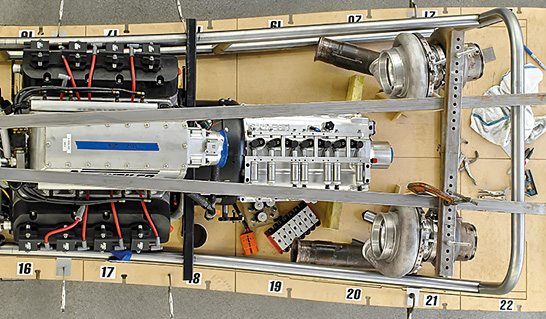 STEP-BY-STEP BUILD DETAILS
The ground up build sequence is thoroughly covered in more than eighty pages of full-color photographs that reveal every intricate detail of the car's construction and all of the specialized systems that make it function as a single cohesive packaged built for the solitary purpose of achieving the highest wheel-drive, piston-powered speeds in land speed racing history. It has done just that. 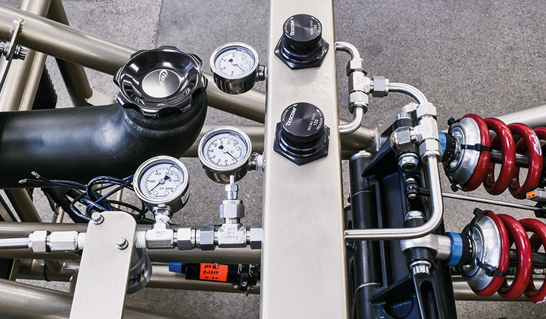 SENSORS & TECHNOLOGIES
The Speed Demon fairly bristles with advanced technologies that monitor every performance aspect of the car in real time. Everything is recorded and logged so it can be downloaded and reviewed after each run. Many of the parameters are displayed on the dash so that George knows his speed and emergency warnings. 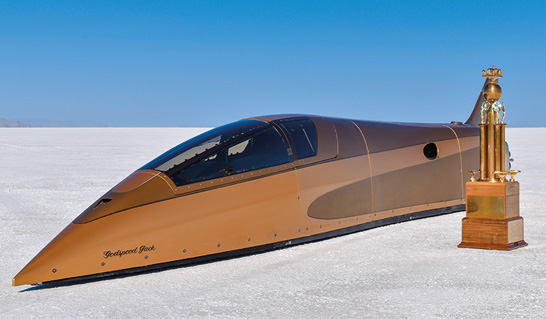 SETTING NEW RECORDS
At Speed Week George and the Speed Demon Racing Team are consistently on their game, running 400 mph-plus right out of the box. The new Speed Demon has reestablished its dominance, having raised the AA/BFS record to more than 470 mph with a terminal speed of 481 mph in 2020. It is the only piston-powered car currently capable of challenging the 500 mph barrier.

Your purchase is always secure and we always keep your information private...